Anatomy of Code snippets in Visual Studio for Mac

Code snippet is a shortcut that can be used to generate a code from a specific template. Example of a built-in code snippet:

Type cw and double press the Tab key will result in Console.Writeline();

Thats a pretty simple example, however we pressed only 4 keys instead of 19 (ignoring the autocompletion of IntelliSense). In more advanced cases it might be a code snippet to generate a BindableProperty or a simple property in a ViewModel that should notify the binding engine about updates. Sounds like we can increase our performance by letting the code snippets generate boring repetitive code for us. 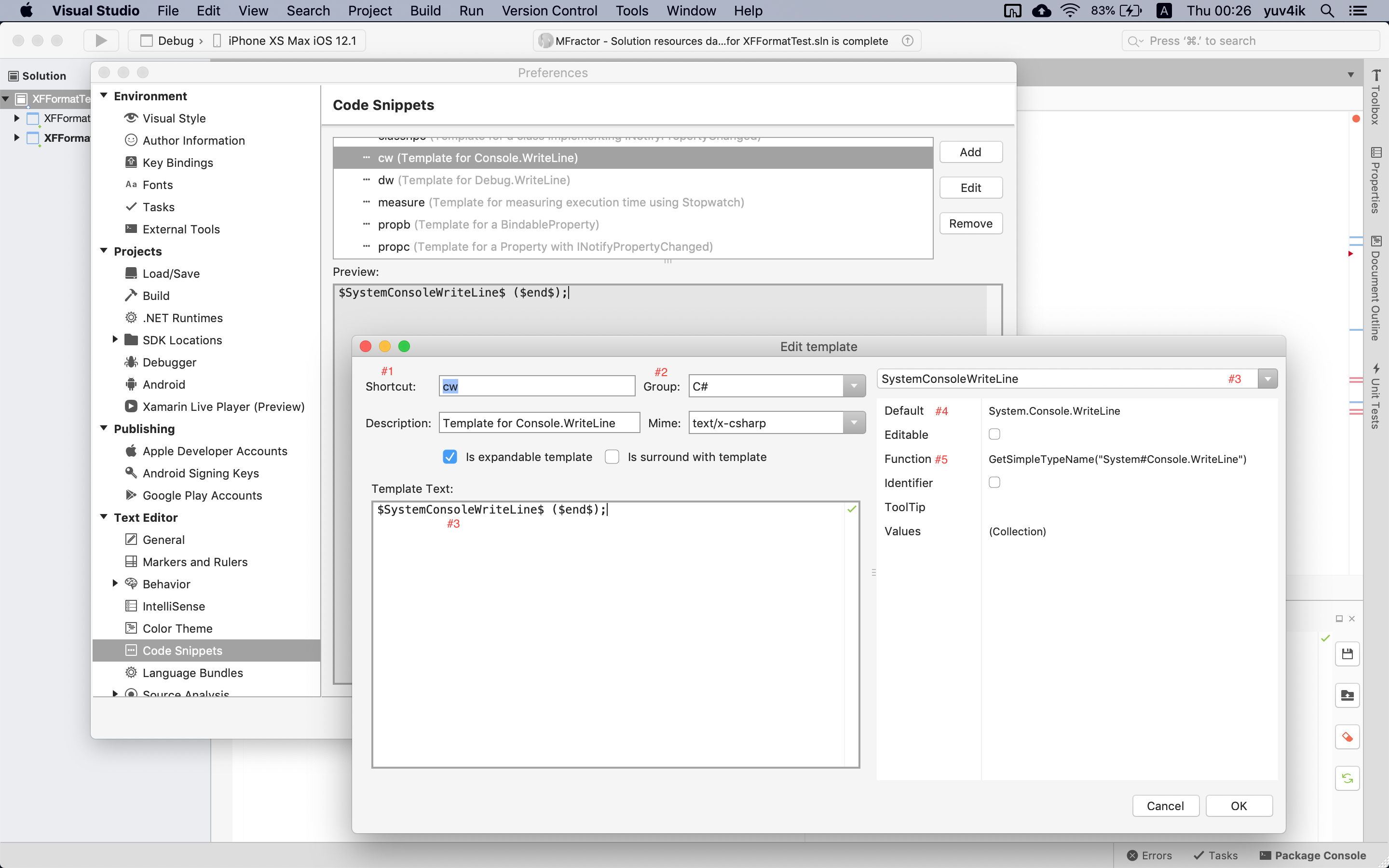 #1. Shortcut - is the shortcut we have to type in order to generate the code from the template. In this example it is cw (Console.WriteLine).
#2. Group - there are different available groups including F#, Python and Razor.
#3. Variables - on the screenshot #3 appear twice to demonstrate the definition of the $SystemConsoleWriteLine$ variable and its properties.
#4. Default - stands for the default value of the variable. Please note that in order to avoid confusion we should also provide a namespace.
#5. Function - we can apply built-in functions like GetSimpleTypeName("System#Console.WriteLine"). It will make sure to remove the namespace before Console.WriteLine if using System is already in place otherwise it will use the default value (#4). The list of supported functions can be found here.

The template is just a XML file that live in ~/Library/VisualStudio⁩/{version}/Snippets directory, which means that you can easily import and export code snippets that you create.

Earlier today I created a GitHub repository with a couple of handy code snippets for Visual Studio for Mac and especially for Xamarin. You are welcome to check and contribute by sharing your own code snippets!